Technology With a Personality

When I was in high school, my parents mini-van provided good entertainment. It had taken on a personality. While driving, the lights in the car would randomly flicker on and off and the locks would also switch a couple times – locked, unlocked, locked, locked, locked.

When designing something that people will interact with – from a website, to a computer, to a car – the manufacturer probably wants to follow ‘the principle of least astonishment.’ This is exactly what it sounds like (but if you want to read about it, here you go). When you do X, what would you expect to happen? Well, the manufacturer likes to think they know what you think would happen … and they’ve built it that way.

When technology gets older it can begin to fail. And then, what once held no astonishment now holds astonishment at every corner. ‘When I turn the steering wheel, my brights come on … huh.’ The personality the mini-van had developed was really just a sign of the car failing.

If you wanted to write a scifi novel about a society of perfect humans that are equal and impeccable in all things and then along comes this person who had a manufacturing flaw and suddenly that person is the most interesting person on Earth … you could do that I guess. I mean, I’d see where you were going and all. Kind of obvious though, don’t you think? Celebrating our flaws that way? It just feels a little contrived. Honestly, to think of a screen play … Human 724789232156, one of any number of people in a society manufactured and perfected by technology … a society where all men and women truly are created equal … Where there is no hunger, or sadness, or confusion of purpose in life. All people are impeccable … but a minor glitch one day produces … Human 724789232156 as the one who is not quite an impeccable human … Yes, it’s KEVIN JAMES AS Mr. PECCABLE! Coming this Christmas!)

Let’s get back to topic. Over Thanksgiving I bought a FANCY new camera – a DLSR! I am excited about this, but it maybe wasn’t the best way to spend my money. You see, my iPhone 4s is a little old as far as phones go and it is now FULL of personality.

-> Browsing Facebook at 43%? Interrupted by a message saying I have less than 10% battery life and sure enough, it jumped from 43% to 1%
-> Made a note? Why not have the phone make random duplicates with no discernible pattern? Sure, I could use 7 copies of this note
-> Want to head out on a jog? Sure, just log in to Nike+ … just log in … just log … ugh … eh, I don’t know if I really wanted to jog anyway

What’s my point? Am I suggesting you delay the need for new technology, embracing the reduce aspect of reduce/reuse/recycle? Welcoming the eventual software or hardware decay with a look of astonishment, and a smirk? Am I giving the weakest ever pitch for someone else to write a movie script, get that movie script sold, and then give me like 10% of the profits or at least let me take some silly photos with Kevin James?

I’ll leave that to you to figure out, dear reader. 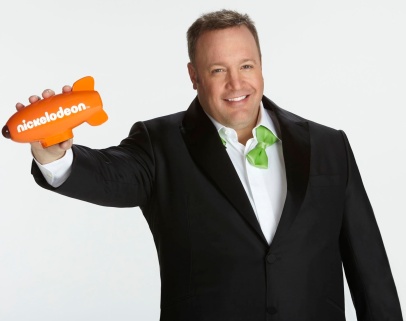 I bet his one flaw is that he cares too much. Or maybe he winks inappropriately at everyone.