Recently I embraced the 21st century by getting a smartphone. This was a big step up from my old phone (which I was made fun of quite a bit about – which led to jokes like “the sexting pigeon” … more on that some other time).

For now, a little story about “Draw Something.” My buddies Juicebox, Airplanes, Rainbow Speak and I all downloaded this game this past Friday and we have been playing it quite a bit. I now also have games going with my sister E$, and my brotha-in-law.

Juicebox is by far the best at this. (It’s no wonder when you recall he’s the genius behind the work post-it-portraits. And you can now read his foreign guy insights – for example he wrote about “soccer” at his own blog!)

Also, for clarity, this game is like Pictionary (with a bit of Hang Man mixed in). You draw something and then send it off to your friend. Then your friend has however many blank spaces the word is, and twelve letters. The word isn’t necessarily twelve letters long, so you may ignore some of those letters.

My drawings for this tend to be incredibly simple and stupid. Really, they just plain stink. But as bad as they are, in my mind, they are still much better than my mom’s drawings when my family plays Pictionary. When she and my dad are on a team it is the worst. They’ve been married for thirty-fuhasugiha years (that’s my pretending to cough-type, because I can’t remember how long). In all those years of marriage they have formed special bonds which defy logic. This is best exemplified by Pictionary. I drew some examples. 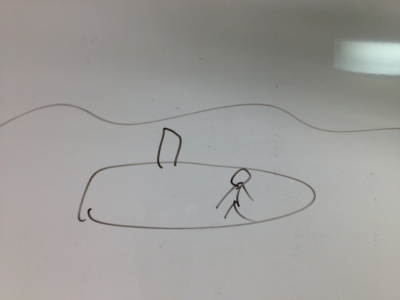 My dad would look at this and say, “Marko Ramius.” HUH? That’s Sean Connery’s character inThe Hunt for Red October. Ok, sure, you can kinda get it after you think about it. But still, how does this happen? 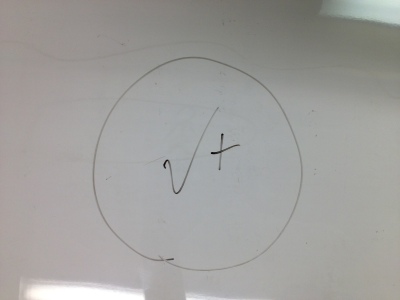 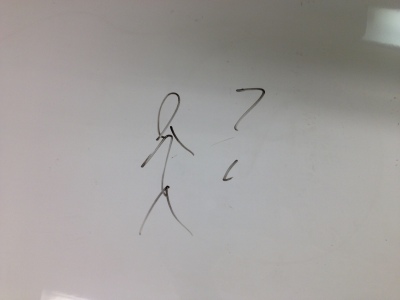 At this point I’ll let you in on a secret – my mom cheats. This will upset her and I’ll hear about this later for saying this … but yes, mom, you cheat at Pictionary. Here’s how this one would happen. 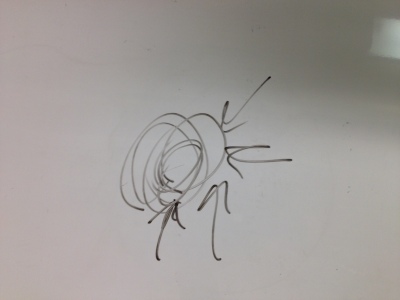 This is one of those where my mom would just keep circling the same thing over and over and drawing arrows to it. We’ve all done it. We draw something that we think is so obvious or we just can’t think of other clues and the only thing that comes to mind are more mind-numbingly-annoying-from-the-guessers-perspective arrows.