I Love You So Much That …

I’m going to let you suffer.

That’s right. I’ll know you’re suffering. I know I’m DEFINITELY suffering hearing you suffer. And we’re just going to sit here with this. And sit. And gnash teeth. And chant to myself about this is for your good in the long run.

Recently on my young journey along interstate parenthood I had a weird realization – true love is letting someone suffer.

Remind yourself of a friendship or a past relationship where you really liked the person. But love? Eh. Not so much love. Or maybe you even felt some love toward this person but it wasn’t … you know, twist your heart, Of Human Bondage love. 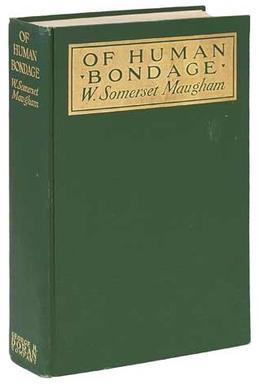 By Source, Fair use, Link

If there was a decision that needed to be made with that person and it would require some hurt on your part, and that person’s part … would you make that call? Would you choose the harder right over the easier wrong? Maybe it was a conversation with a friend who wants to marry the wrong person, maybe it’s a young son who sits at his first soccer practice crying the whole time, or a young baby who is STILL a pretty terrible sleeper and so you’re revisiting sleep training which involves the sleep wave (i.e. lots of crying on that baby’s part).

If you love someone, really love someone, you’re likely going to make them suffer. Because your spouse / best friend / whatever is about to make an important career move and (shhh, you can totally tell it’s the wrong move!) or any of one million more examples.

The wise reader has probably learned that my wife and I are once again trying to get the kiddo back on track in regards to sleep. The last few nights I have whispered lovingly to him during the calming period before bed about how I love him so, so much and he’s going to suffer for it. It’s a really swell chat.

So go forth, reader! And choose that harder right, and suffer with your loved ones!

I read this to my mom and she said “that’s scary.” And I said, “why’s that scary?” (I was going for funny, not fear.) Her response ended up making her “that’s scary” statement make SOME sense – but I honestly can’t remember it. Besides, who doesn’t love a good mystery?

Please Don’t Contradict Me When I’m so Clearly Wrong

Please don’t contradict me when I’m so clearly wrong
Just nod your head, say ‘mmhmm’, and play along

I’ve mixed this up with that other thing
Don’t point out my error while smiling, grinning, smirking

You know darn well what I meant
Don’t point out the facts, your time could be much better spent

But don’t make the mistake of thinking I’m wrong often
I’m not, this is a hypothetical poem for that situation that’s if/when

In fact, now that I start to think about it – you’re wrong!
Who is so dumb as to not know by now to play along?
Sure, yes, I’m so clearly wrong
But you could’ve, should’ve, WILL HAVE TO learn to play along

Why aren’t you nodding your head and playing along?
CLEARLY I am once again spewing out falsehoods, fuzzy logic and all other things wrong

You’re smart at work, you’re smart at home – but maybe a little too smart
One plus one can equal three if I want it to, I know it in my heart

You remember that time I came home fuming and said ‘my boss is a jerk’?
And you said ‘well dear, last week you said your boss is the best part of your work?’
I mean really, honestly, your obliviousness was cute when it was a quirk
But if you don’t get with the program I’ll drop the q-u and it’ll just be an irk

I know your knowledge and corrections I should probably embrace
But honestly, I’d rather punch you in the face