The NFL decided, on top of “micing up” some players, to employ some professional lip readers.

Often during games the announcers would say, “well I’m not a lip reader but I think [player/coach] just said [something pertaining to the game.]”

After some deliberation the NFL decided to employ a few professional lip readers to sit with the announcers and provide even more in-depth coverage of football.

Is the NFL full of a bunch of misunderstood intellectuals? No. Here’s a breakdown of what is said: 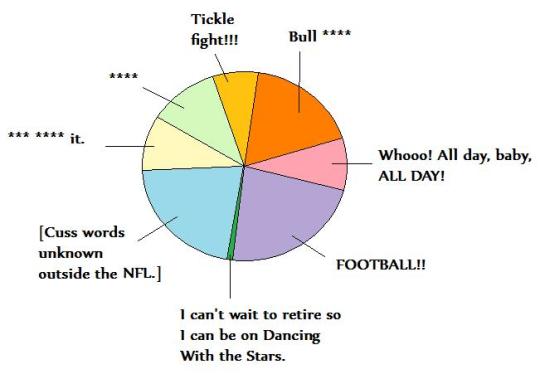 Enjoy the Super Bowl! Since I don’t care about either team here’s hoping for a close game, and good commercials.

Quotes of the Day!