I have a series of facts, and each one will make me older.

Tonight (I wrote this a while ago) I am going to attend training to become a volunteer ranger. For posterity, I’d like to go ahead and state some assumptions and stereotypes I have about rangers, and then I can look back on this and see how right or wrong these preconceived notions were.
1. All rangers have the nickname Jean, or Jeanie, or are named Jean, or Jeanie. This is because Jean is a great name (Jeanie, admittedly less so) OR because rangers love wearing Jeans and they are the right combination of dull/pleasant that they sit around thinking of nicknames for each other and all they can come up with is the same nickname over and over.
2. Not all rangers were born in the midwest or the great white north (Minnesota, one of the Dakotas, that kind of region) but all of them are emotionally from those places. For example, you wouldn’t be shocked at all to hear a ranger say, ‘oh ya, you betcha!’ in response to a question like ‘are bears dangerous?’
3. If a ranger is invited to a formal event, like a very fancy wedding, and they are told it is a “black tie” event – that ranger (male or female) will inevitably bring a date who has a mother from Thailand and a father from South Africa. And then that ranger will make numerous racist jokes. And yet, the ranger will still somehow be a real hit.
Also, bonus stereotype, don’t expect to see that ranger on the dance floor.
4. If pressed, a ranger will eventually admit that they do have a tattoo of John Denver, and no, you can’t see where it is.
5. No, you can’t know a ranger’s secret to happiness, but yes, it does involve home-made crossword puzzles.
There you have it, a few simple stereotypes that I’ve been carrying around. I’ll let you know how it goes.
I’d sign off Jean, but I wish! I’m not yet a volunteer ranger. And besides, I bet us volunteer rangers don’t get the Jean nickname. Probably, at best, I’ll be called the Jortster. 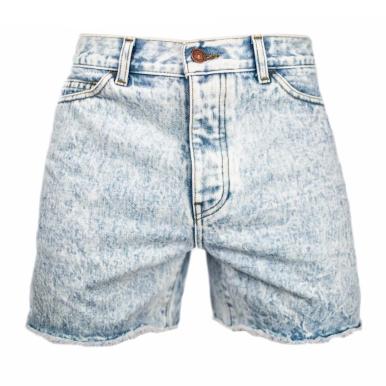 Seen here – me on duty (You want to be a ranger, too? These are Chubbies brand.)