March Madness is back and with it, a trip to your local psychologist. What is it about March that makes us all mad? The grief over the anniversary of Caesar’s stabbing? The guesses but lack of absolute certainty on how to say ‘et tu, Brute?’ The knowledge that baseball players are back to exhibiting ALL OUT EFFORT for up to 10 seconds at a time? Or the basketball? Will the Clippers have it this year, or are they just a haircut waiting to happen? How about those Phoenix Suns, or maybe I should ask about the Phoenix Daughters? Is the haughty, disdainful, or supercilious Lebron James going to take another title? Don’t get that joke, neither did your thesaurus – LAST NIGHT.

Don’t like that joke?, perhaps you should apply some Des Moines Ointments to it.

I’m getting way off track, and I say that knowing that I started writing this post with the intent to not make sense.

The Des Moines Ointments, of Des Moines, Iowa, are one of three expansion teams I am currently in the process of lobbying for. This team would be owned by an acne cream. At some point someone is going to want to nickname these guys the ‘cream team’ either when they’re getting crushed or crushing others regularly, I think that’s fine.

Another team I am lobbying for is the Greater Des Moines area Topical Creams. I know what you’re thinking, going from 0 teams in Des Moines to two? And both of them seem to be sponsored by drug companies? And yes, I hear your concerns, I validate them, I don’t dispute them, it really is a terrible idea.

The last team, and this one is the one I’m most passionate about, is the Eugene Suspenders. If I picture a fictional person named Eugene, that person is wearing glasses, he’s not wearing suspenders, but if you asked him he’d gladly wear a pair. This team will be on Eugene, Oregon, and there a ton of marketing possibilities for this team. Eugene Mirman would be the mascot, he’d only have to show up to one game every two years but we’d hope he’d come around more often. He wouldn’t do anything too traditionally mascot-like, he’d just sort of walk around and talk about popcorn. Or not, it’s up to Eugene. But the Suspenders would have fantastic fans, great players, and an overall apathy toward the hot topic issue of ‘is Mr. Gern gross?’ (HOT TAKE: totally gross.) 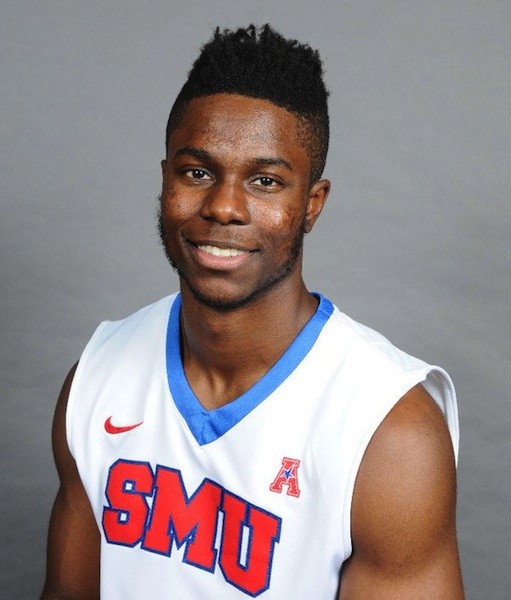 March Madness means wild celebrating, over-joyed faces and dances, and also the very image of being heartbroken. While watching a game this past weekend I saw a guy who looked like a dork, a guy who is on the team but who I can’t picture getting any minutes. And if I had played college basketball, I would’ve been that guy.

Ok, yeah, lots of tears in this locker room. I get that. I know that even though we’re on the same team some of you are looking at me like, “who is this guy?” Which is pretty rude since there’s only fourteen of us but whatever.

While all of you were training to take us so far and come so close, like … so, so close. I mean, did you see that? Shoot sorry. This isn’t helping.

Dudes! Think about all the sweet sympathy hugs we’re going to get! Probably from pretty girls, too! 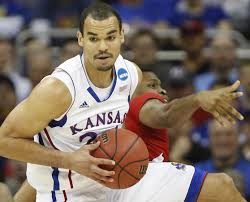 Wait, ok, since I have all of your attention … how old are you? I feel like I should always call you sir, and not because you’re 2.7 million times better than me at basketball. But you look like you should be celebrating your tenth wedding anniversary. At least. How are your four kids? Is it tiring being a college basketball player and masquerading as someone much younger than you?

Shoot. Ok. Distracted again. I’m cheering the team up. Uhhh … did you guys see there’s a grocery store by here? Pizza Lunchables on me, guys.

Oof. Tough crowd. So much crying.

All right, I don’t need to shower or anything so … I’ll be at the grocery store, don’t let the bus leave without me!

Bracket? I Hardly Know It!

It’s almost March Madness time, BABY! (That’s my Dick Vitale – who annoys the hell out of me, BABY!) I enjoy college basketball now, sort of. For example, last year I watched the final game between whoever and their opponent (go underdog!), BUT, I did arts and crafts while watching the game. Seriously.

I took construction paper and cut out giant numbers for a clock. Then I taped these numbers on my bathroom wall, and I gutted your simple, average school clock (the big white one with the black lettering) so that just the motor was left, and I taped that on the wall. Wha-la! Arts and crafts!

The most interested I ever was in a college basketball game I wasn’t attending (if I’m there all bets are off – I’m INTO it) was when I put 20 bucks on Boston College to beat somebody. I was in Vegas with the fam and let’s GOOOOOOO twenty bucks! BC lost. Stupid BC.

Anyhow, as a kid, I had even less interest (which is a very tiny amount of interest) in basketball. So what did I do when I was forced to fill out a bracket?

I lived in Leavenworth, Kansas from the 3rd to 6th grades. Most of my friends there, and it seemed like a majority of the town, were crazy for Kansas. That is, the University of Kansas Jayhawks. There was the occasional fan for Kansas State, but mostly we were in Jayhawk territory.

That’s how it goes in a state with two big schools, you’ll find something similar in Arizona where you’ve got Arizona vs Arizona State.

I liked playing basketball with my family, and I did the very stereotypical boy thing of practicing buzzer beater shots in our driveyway.

I have a great imagination, which really came in handy because I was (and am) a lousy shot. You wouldn’t think someone would be fouled while doing free throw shots at the very end of the game, but in my daydreams I was. Fouled over and over and over – until I made the shot.

Anyhow, the extent of my basketball knowledge was just how bad I was at basketball.

In gym, when brackets were passed out and EVERY (seemingly) boy around me got excited, I didn’t know what to do. I wasn’t confident enough to clearly show my ignorance, and it really did feel like everyone knew what this bracket meant and who these teams were. I thought the best and most logical option was to pretend I knew exactly what I was doing.

“You put Gonzaga as advancing? Brad, I don’t know … do you know something?”

Um. Gonzaga sounds like a nickname for a part on a woman’s body? So I picked that? How do I explain my reasoning, when I have no reasoning?

I put Arizona as going all the way, because that was my dad’s favorite team. I had watched basketball, and it could be enjoying (the last few minutes at least), but for the most part it didn’t hold my interests. I’d rather be DOING something.

I looked at the bracket like it was a math problem, and people weren’t actually involved.

I turned in my bracket having confidence I would be out soon – and hope that the gym coach (or anyone) would throw it away without studying it.

“That Brad kid is amazing! He picked every losing team in the first round!”

This year my arts and crafts project while watching the game will be to do some collages of a sort. I’m a man’s man, and don’t you forget it.