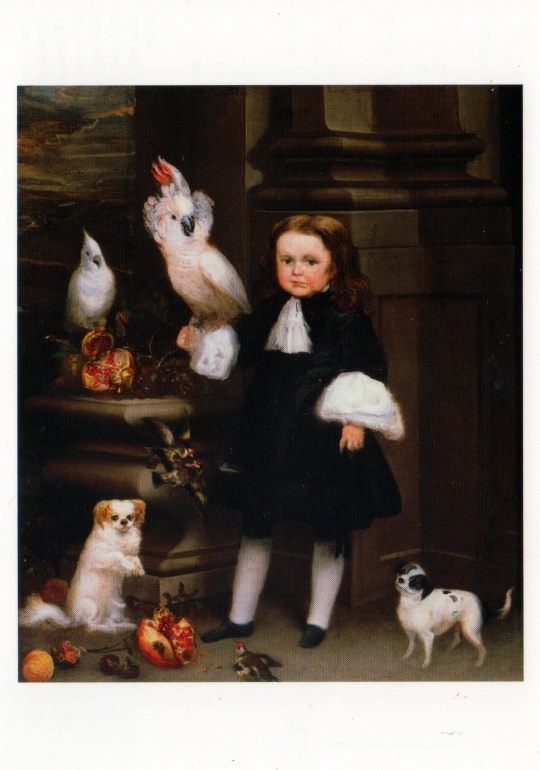 Lately I’ve been feeling more aware of my, let’s call it “single-ness.” Thankfully, I have this postcard.

This painting must have been the start of the “forever alone” meme.

Thank you Dwarf Michel, and until next week Ellen!

Why am I sending these postcards?

I recently realized some disappointing news. I can never be a real artist (you have to say that word with ennui).

Why can’t I be an artist?

I smile too much.

But – good news! – I can fake the funk. All I have to do is suck on sour candies at artsy affairs. Good news – disdainful, pained expression in the bag. Bad news – I’ll probably say “blech” from the candy at an inopportune moment.

Why am I sending these postcards?

Phew. I just finished another class and I think this “Still Life in a Landscape” is what my brain looks like right now.

I knew it would be rough when, before a test, the professor said, “you can Google the answer til hell freezes over.”

But it’s over! Time for ice cream and high-fives for all!

I’ve heard, possibly read (I really can’t remember) that dogs can be very in tune with your emotional state. They know when you’re down, and using their keen dog intellect they don’t make you take them for a walk right before bed? Who knows.

Anyway. I think the Zombie has something like this going on.

I am what I would call “actively single” right now. That’s another way of saying I haven’t been on a date in a while. The usual signs are there. I’m eating healthier. I’m exercising a lot. I’m reading more. It’s terrible. I do these things to primp myself until I trick some pretty lady into dating me, then BOOM, back to eating whatever I want and video games.

The Zombie, sweet undead fella that he is, has realized that in my actively single state I am wishing I had a girlfriend so I could be lazy. Also, you know, romance.

The last few hands I’ve caught him munching on have been men’s hands. With wedding rings on them. Isn’t the Zombino the sweetest? 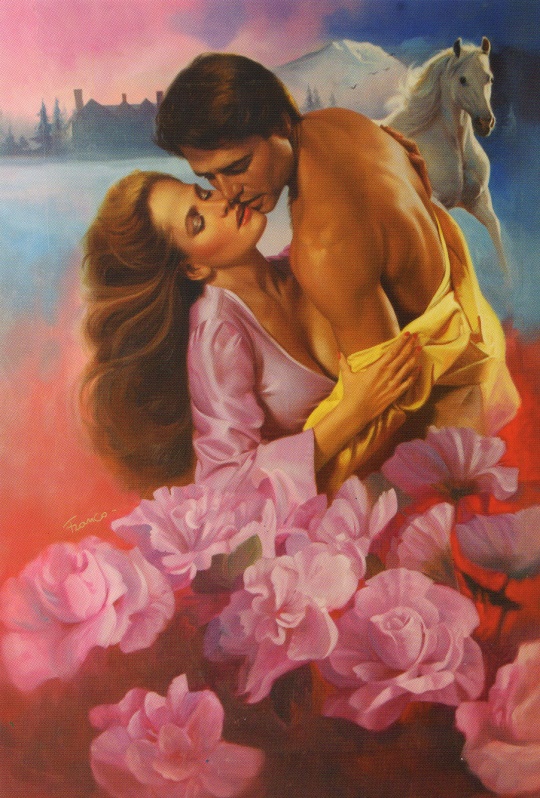 I recently attended Houston’s Rodeo! I thought about describing it, but I felt like this picture does it already.

Except the flowers = bulls almost crushing people at the bull riding. And the horse = hastily put together, incredibly creaky rides. And the couple about to yell ‘game on!’ is actually a foot long corn dog and friend moon pie.

V.V. Brown sang at the British Music Embassy. Before singing she talked about how she loves music, and her parents were from Jaimaca and Puerto Rico (she is pretty!). After the show the brother-in-law talked about her and didn’t think she’d said that. As she was walking off stage I stopped her to ask where she said her parents were from. She answered. I looked at the bro and said, “HA!”, VV, who had no idea why, also looked at him and said, “HA!” and then she walked off.

At some point E$ suggested I get posters from various places as we went around. An awesome idea because there were some great poster designs – the only problem was the guilt/awkward feeling of taking one randomly. I didn’t think too much of it obviously, because I have 5 now … and there were tons all over the place. But at one venue I stopped a random girl, “hey do you think it’s ok if I take that poster?” The girl responded, “umm, I don’t know? I don’t work here, but I don’t have a problem with you taking one.” I said, “ok, as long as someone ok’d it.” Boom.

Walking along the street Joseph Gordon-Levitt handed us fliers for a movie he was there promoting. My brother in law said, “I loved you on SNL!” (he had been on recently), meanwhile I stared and thought, “man that guy looks like that dude.”

We got on a bus full of drunk music-goers. They were singing well-known songs like the theme from Gilligan’s Island, the Jefferson’s and some Journey song. At some an older Mexican dude gets on the bus. He seems pleased by the singing, and would randomly repeat a line a number of times (there seemed to be no rhyme or reason to it). If I had been drunk, the singing would’ve been great, but since I wasn’t, the old Mexican dude made it great. 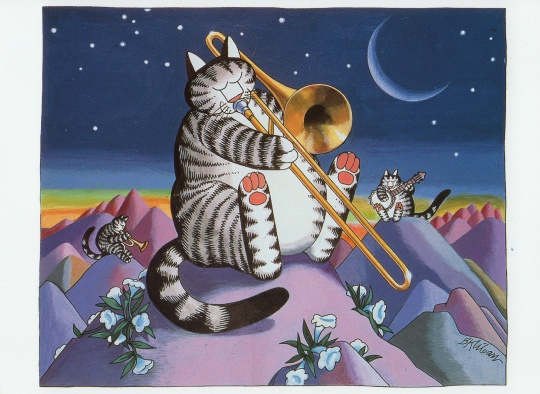 I find the youtube comments on various videos very funny. Apparently it’s popular to get indignant and righteously tell people that “no, this isn’t brand <x> of music! This is …” and then you say something that sounds made up.

So I can’t wait to start my future techno reggae soul band. We’re going to be terrible.